Your browser does not support the technologies of this site. Please use a newer browser.

The population is aging, and so is the homeless population.

A large part of the actions of Maison du Père are now, therefore, devoted to the well-being of the aging homeless population, which is physically, psychologically, socially and financially deprived.

Indeed, for 34 years, Maison du Père has watched over the well-being of seniors who have experienced homelessness, thanks to its Residence which currently houses 86 semi-autonomous men on a permanent basis.

The J.A. DeSève Residence is accredited by the ministry of health and social services, which shows the professionalism of our team. It welcomes men who cannot use other housing for the elderly because of their low income and the complexity of their problems.

We have noted, in recent years, that more and more seniors find themselves on the streets, for the first time, at an advanced age. The absence of family caregivers, low retirement income and the lack of affordable housing largely explain this new reality.

The average age of residents is 64, which is relatively young for this type of accommodation. The living conditions on the streets made these men age prematurely. 71.2% were diagnosed with a mental illness (depression, schizophrenia, bipolar disorder, etc.). 93% have chronic health problems that are usually seen in much older people (kidney failure, heart failure, diabetes, etc.).

Maison du Père will be, for the majority of them, their last home. This is why, in 2017, Maison du Père bonified its offer of services by adding palliative care beds, so that residents can be kept as long as possible in their natural environment, with people who they love – that is to say their peers, the employees of Maison du Père and its volunteers. To achieve this, the Maison du Père has entered into a partnership agreement with the Société des soins palliatifs à domicile du Grand Montréal.

We also see to the funeral arrangements of a large part of our users, in order to respect their right to dignity.

We are proud of the positive results of our actions for the elderly that we support and to whom we provide residential stability.

However, we are failing to meet demand.

This is why two major projects related to this clientele are underway.

Because every street should have an exit... 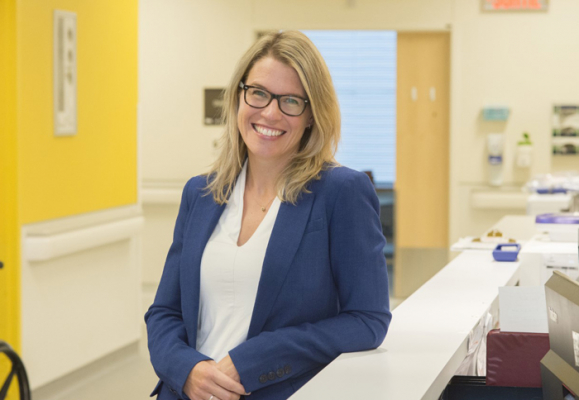 As you know, since 2013, Maison du Père set up a community healthcare wing for men who are homeless or at risk of becoming so.  This...